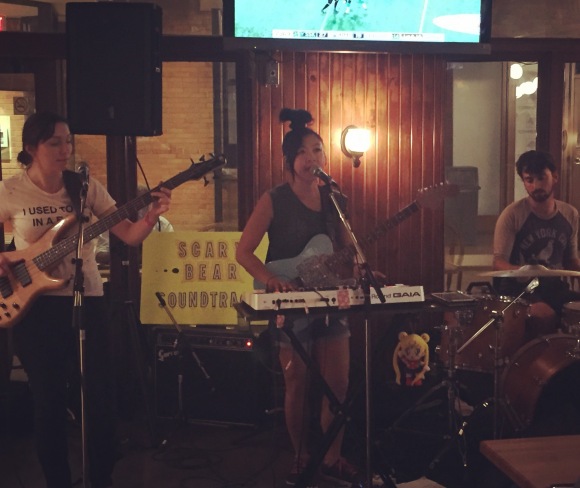 So much gratitude for our Marvest show last night!
A huge thank you to: CityFolk for making this show happen; Indie City Madness for hosting the show; the ever-patient Arrow & Loon Pub staff for navigating the crowd; our fellow musicians Fire Antlers & Okies for creating a kick-ass musical sandwich lineup of a night; media folks CBC All in a Day, Ottawa Citizen, Spotlight Ottawa and others for promoting our music; and most of all, all of our friends and fans who supported us!

The Ottawa Citizen newspaper listed our show in its top 5 Marvest picks last week. Spotlight Ottawa did a feature on us as well – read the interview here!

Catch us again soon with our full lineup (AND PUPPETS) on October 20!
return to shanghai: NITE OUT IN CHINATOWN
with the Fays featuring China Doll and puppetry by the Abstractions
Friday, October 20, 2017
Shanghai Restaurant, 651 Somerset St W, Ottawa | Doors at 8PM | $10
Facebook event