We hope all of our friends had a magical Christmas! Thanks to our loved ones, we got some great musical gifts that we can’t wait to show you at our next show in Ottawa on January 16.

Today is Boxing Day and Gloria’s birthday! This means you have one more day to download our new album for free. Get it now! 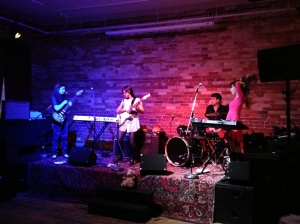 A big thank you to all our friends who came out to our show on Sunday night at the Gladstone! Thanks for dancing to our tunes and showing us a great time, Toronto! Also, we got to catch a bit of Psy performing in Toronto.  A special thank you to Sammy for organizing the party, and to Sannah for letting us stay at her place. 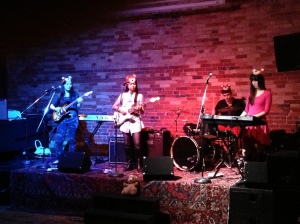 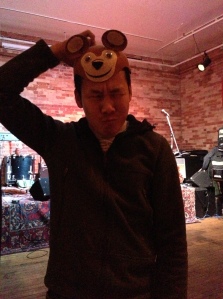 thanks for taking photos, Eugene!

In the spirit of Christmas…

Great news! For the next 12 days until Christmas, you can download our new album for free! Enjoy!

And for those fans in Toronto, we’ll see you on Sunday!

Announcing the release of our self-titled EP

Recorded by Ottawa musician Curtis Chaffey, and mastered by Sharif Sourour and Chris Skellzo, the band’s self-titled EP features four tracks including Beaver Pond Forest, a love song for the South March Highlands, a wilderness region in North Kanata currently being developed for construction despite protests from ecologists and Aboriginal leaders. All four songs on the EP were performed by Ottawa female musicians Gloria Guns, Dannik Leduc, Ainslie Lahey, and Maggie Woodley. The album art, featuring scenes from the South March Highlands, were created by artist Toni van Eeden.

The band will be performing the tracks off their EP as well as new songs at their upcoming shows in Toronto (the Gladstone on December 16) and Ottawa (Zaphod’s, January 16), featuring guest musicians Esther Song on keyboards and Kevin Ledlow of HIGHS on drums.  The band will also be releasing their music video for Beaver Pond Forest, shot by filmmaker Toni van Eeden in the South March Highlands itself, at the release party on January 16.

Listen to the album in its entirety on Bandcamp: 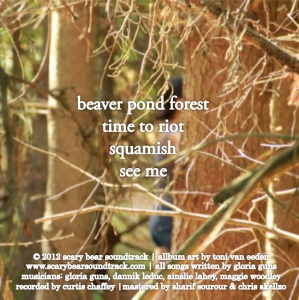 Great news to fans who have been asking about where to buy our records! We’ll be releasing the digital version of our self-titled four song EP this Thursday, December 6. Keep your eyes (and more importantly, your ears) open.

And a reminder to our Toronto fans that we’ll be playing at the Gladstone on Sunday, December 16. This show is free! More details here: https://www.facebook.com/events/407108766018959/